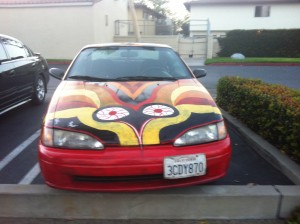 Ghost – Throw It Back Thursday?

Sometimes you see a car, and you have to ask, “WTF?” We’re not sure what was going through the mind of the owner of this Toyota Paseo, but, “WTF?”

The back of the Paseo has the word “Ghost” painted across it, which one can only assume is the name of this… vehicle. The name is fitting, because the vehicle is scary looking. Much more prominent but even more ambiguous are the bloodshot END_OF_DOCUMENT_TOKEN_TO_BE_REPLACED 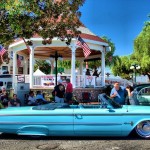 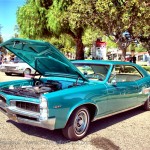 A Prime Example of a 1967 Pontiac LeMans Ask most car guys about ’60’s Pontiacs and the first thing out of their mouth will be GTO or Firebird. But there’d be no GTOs if it weren’t for the Pontiac LeMans. … Continue reading → 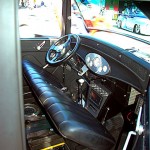 One seriously Twisted 1934 Ford Pickup At first glance, we were merely amused by the articulated bed of this 1934 Ford Pickup spotted at the Route 66 Cruisin’ Reunion. But the closer we looked, the more we appreciated all the … Continue reading → 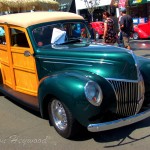 Posted on September 9, 2014 by Vernon Heywood

If you live in the U.S., you most likely won’t see a Borgward Isabella Coupé cruising the boulevard or on display at your local classic car show. It’s relatively rare for a car built by a manufacturer that was one of the largest automakers in Germany, second only to Volkswagen. So why did it take me 49 years to see my first one? END_OF_DOCUMENT_TOKEN_TO_BE_REPLACED Available in either black or tan, the drop top brings back open air fun with a stiffened platform to ensure coupe-like handling, and an upgraded sound system that will allow you to crank up the radio and maintain good sound quality as the wind whips through your hair.

Yeah, we were surprised this was all they could say about the hotly anticipated muscle car as well, but it will still feature everything you already loved about the Camaro, so an improved sound system and a rag top are really just icing on an already tasty cake.

Despite the rain, people still lined up to drive the 2011 Ford F-150 and it’s competitors at Texas Motor Speedway in Dallas. It meant slower times on the drag strip, but attendees still pushed the trucks hard often causing the traction control to kick in.

Was it still a good test if the F-150s capabilities? You bet! Who hasn’t driven in the rain. Perhaps a better question would be Who hasn’t driven FAST in the rain? You know you are going to do it, but how often do you get to test drive a new vehicle under those conditions.

Real world testing on the Built For Tough F-150 Round Up 2, Texas Motor Speedway, Dallas.

2005-2008 Toyota Corollas are the latest to make the Toyota recall list.

We’re near the end of August and Toyota hasn’t announced a recall ye… oops… spoke too soon. The automotive giant, once the poster child for efficiency and value, announced on August 26, 2010 that it would be recalling certain model 2005-2008 Toyota Matrix and Corolla vehicles for Electronic Control Modules that may have been manufactured improperly.

Another Toyota recall? What’s going on? Believe it or not, we think it’s actually something good—for everyone involved.

Since the reports of runaway Toyotas first garnered national media attention in November 2009, Toyota has announced a recall every subsequent month with the exception of December.  That’s every month of the year 2010, so far. Prior to the 4.2 million vehicles recalled to address floor mats and improperly constructed accelerator pedals that could lead to unintended acceleration, Toyota had not had a recall since August 25, 2009.

For those keeping score, that’s a total of 16 recalls since the start of Toyota’s woes. To put that in perspective, for the one year period prior to the Prius crash heard around the world, the world’s largest auto maker only issued a total of four recalls.

With a 400% increase in the number of recall incidents, it seems Toyota’s vehicles aren’t the only thing running away. But those numbers say much more than what their startling first impression implies. At first glance, one could argue that the reason for the substantial increase in recalls is that Toyota quality has been abandoned in favor of mass production, profit and their focus on overtaking GM as the number one automaker in the world.

Now that Toyota has achieved top dog status, it’s not surprising people would want to take the easy way out and point out the negative side of the recalls. After all, we like to take the top dog down a couple notches as much as we like to give the underdog our support—just ask Brett Favre (and you have no idea how much it kills me to say that without adding something derogatory).

So no, we won’t hop on the Toyota bashing bandwagon. Instead we’ll actually argue that four times the total number of recalls over the prior year shows Toyota’s commitment to re-establishing their reputation as one of the most reliable vehicles on the road. The recalls demonstrate Toyota is making every effort to correct past mistakes and regain the public’s confidence, and that may mean even more recalls ahead.

And so what if it does mean more recalls? Good on Toyota for going back and making things right—not just for their customers, but for themselves. To continue down the path they momentarily veered onto, could have resulted in their own need for a government bailout down the road as their vehicles developed an increasing reputation of poorer and poorer quality. The last thing anyone needs is another automotive giant with its hat out. Thank you, Toyota.

A list of all recalls from January 1, 2009 to August 26, 2010 follows, with links to the corresponding Toyota recall bulletin. In many instances, not all models are included in the recall, please read the official Toyota release after the link to see if the vehicle you are looking for is included or not.

More events worth braking for